Warner Bros. Entertainment, Inc. is a subsidiary of WarnerMedia (formerly Time Warner) and a sister company to DC Comics. Warner Brothers Animation is responsible for most of the DCAU.

The Warner Bros. Network (also known as The WB) was the host of The New Batman Adventures and Superman: The Animated Series, and combined the two series into one hour-long block with its own unique title sequence (The New Batman/Superman Adventures). Kids' WB! hosted Batman Beyond and Static Shock. 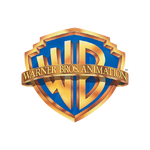