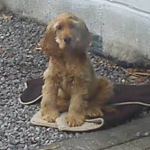 Most people call me Gus because, you know, that's my name. Well, it's Aengus really but that's neither here nor there. At a moment, I'm doing a PhD in legal history at UCD. Before that, I did a general law LLM in the University of Edinburgh. Before that, I studied Law with history at UCD (it's like Trinity except less crap and with cooler guests like Michael Palin, Bill Nighy and John Hurt).

My favourite film is Back to the Future, my favourite TV show is Stargate SG-1, I prefer vanilla over chocolate and my favourite colour is yellow. I've no difficulty seeing it which is a plus.

Politically, I'm a dyed in the wool democratic socialist of the Tony Benn school of thought. Some people consider socialism to be a radical philosophy but it's only radical if you consider the ideals of democracy, social justice and equality to be dangerous to the interests of the Establishment and the forces of the status quo.

The best music died with John Lennon and Freddie Mercury. When Bob Dylan and Paul McCartney shuffle off this mortal coil, the church bells will all be broken.

I have a burning desire to seize power in a bloodless coup. All I need is a cadre of fanatics, a megaphone and a tank with "Ride of the Valkyries" playing in the background.

Retrieved from "https://dcau.fandom.com/wiki/User:GusF?oldid=124138"
Community content is available under CC-BY-SA unless otherwise noted.