"The Late Mr. Kent" is the 22nd episode of the second season of Superman: The Animated Series, and the 35th of the overall series. While investigating a murder case, Clark Kent himself becomes the apparent victim of a murder attempt, and cannot reveal that he survived without exposing his secret identity.

A group of mourners from the Daily Planet attend a memorial at the local cemetery. The funeral is Clark Kent's. Superman watches from nearby and recalls how this all began...

A few days ago, Clark was assigned to interview Ernest Walker, a petty thief convicted of murder for 5 years, and now scheduled for execution in a week. Walker was caught trying to fence the murder victim's necklace, but swears he found it outside his door, and he claims he is innocent. Using his super senses, Clark determines that Walker is telling the truth. He goes to see Detective Bowman, who was the lead investigator on the case. Clark receives the case files, and Bowman tells him there is no question Walker is guilty.

Clark reads through the case files, and is about ready to believe Bowman, when he decides to eat some leftover pizza. This reminds him of Walker's alibi: he was at home, eating pizza. Following up on this, Clark goes to the pizza parlor nearest to Walker's home. While the parlor's delivery boy didn't work there anymore, the manager unearths a set of disks containing old delivery records. Later, Clark calls Lois in triumph: He has found a record confirming that a pizza was delivered to Walker at almost the exact moment the murder was committed.

Proud of his accomplishment, Clark drives to the governor's mansion in his car, rather than go as Superman and raise some questions. He also feels that it would be better if it were Clark's victory for once. However, someone had planted a bomb in his car, which explodes and sends his car careening into the ocean and destroying the disk. Though he survives, Superman sees a fisherman nearby, and realizes he can't emerge from the ocean without revealing his secret identity, so he swims away.

Later, Superman retrieves Clark's car for the police, under Bowman's direction. Lois attempts to convince Bowman that Walker is innocent, as only the real killer would try to kill Clark. Bowman dismisses her and states that as he was a reporter, Clark would be prone to a number of enemies. Lois then argues that Clark could still be alive, but Bowman points out the eyewitness. However, Lois notices that the fisherman had to wear glasses to read a clipboard, and goes to question him.

That night, Superman goes to see his parents, but even they can't figure out how to bring Clark back. Superman says he needs to be Clark Kent, as being Superman all the time would drive him insane, but regardless, he still needs to clear Walker.

Back in the present, Superman decides to go to the governor as Clark Kent and explain Walker's innocence, prepared to reveal his secret identity if need be. He heads to his apartment to change, and is surprised to find Lois already there. She explains that she was hoping he'd left some evidence of his investigation behind, but couldn't find anything. They both realize that someone has been through the apartment already: Clark's computer has been taken, and his phone has been bugged.

As they talk, Lois begins to shed tears over Clark's death and tells Superman that despite all her teasing she liked and respected Clark a lot, and now regrets not having told him this. Lois mentions that the eyewitness to Clark's "death" is unreliable, as he has extremely poor eyesight, and wasn't even wearing his glasses when the crash occurred. Although Superman realizes that he can plausibly claim that Clark could have swam to shore without the fisherman noticing, Lois tells him that, to her, the fact Clark hasn't contacted her or anyone is the real proof that he's dead.

Looking through Clark's bookshelf, Lois sees a bomb placed inside. Superman flies her out just before it goes off. He puts out the fire and, scanning the crowd with his x-ray vision, sees Bowman near his apartment.

At the Metropolis Police Department, Lois confronts Bowman: He was the detective on the Walker case, happened to be the one closest to Clark's wreck, and Bowman was spotted near his apartment after the bomb went off. An increasingly nervous Bowman dismisses her, but Lois holds up the phone tap — standard police issue — and says she will have it checked for fingerprints. Bowman cracks and throws Lois off the stairs. Unfortunately for him, Superman was listening and saves Lois.

Bowman runs to the roof and steals a helicopter. Superman confronts him, but is shot with bullets strong enough to pin him for a few seconds. Bowman then fires a missile at Superman, which hurls him away then explodes, but Superman is unharmed. Superman captures Bowman and he and Lois together will tell the governor of Walker's innocence: It was Bowman who killed the woman, and framed Walker for the crime. Unfortunately, at the last minute, the governor had gone to watch Walker's execution. Superman rushes to the prison and manages to save Walker from the gas chamber at the last minute.

Lois reads her story on Walker's exoneration, but takes no satisfaction in her byline; Clark is still gone. Just then, she gets a phone call and bolts up from her desk in shock. At Lana Lang's penthouse, Lois finds Clark alive and well, but with a bandage around his head. He claims that he washed ashore, found a phone and called Lana, but was too weak to call anyone else until later. Lois is outraged, considering all she went through, but accepts the story. Some time later, Bowman sits in his prison cell, and growls as he angrily reads the story of his own scheduled execution written by Clark Kent before noticing the officers who escort him to his execution much to his horror. As he sits in the gas chamber, he quietly wonders aloud how Clark survived the car bomb. Bowman suddenly realizes to his shock that Clark Kent is Superman right before the lever is pulled, taking his revelation with him to his grave.

Bowman: (Last words) How did he survive that car bomb? How? (realizes) He's Superman! Lois: I don't believe it! You've been sitting here in the lap of luxury while I'm out risking my neck!
Lana Lang: He was recuperating. Poor thing, when I picked him up he could barely remember his own name.
Lois: But he sure remembered yours, and your telephone number.
Lana Lang: Clark and I go back a long way. Are you... jealous?
Lois: Yeah, jealous of his endless luck. 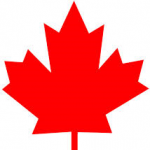 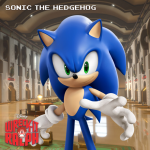