"The Big Leagues" is the season premiere of the second season of Static Shock. It first aired on January 26, 2002.

Ferret is causing havoc at a farmer's market in the Dakota Park, but Static promptly gives chase and almost manages to get him with ease. However, it does not happen, though, because both are knocked unconscious by several gas-filled balloons coming out of a nearby sewer.

Later, Ferret wakes up surrounded by Talon, Shiv, Kangor, Hotstreak and none other than the Joker, who decided to head to Dakota and start a new gang after his cronies were all thrown in jail by Batman and Robin. It just so happens that the other four bang babies in the room are his new gang, and Joker (who asks to be affectionately called "Uncle J") wants to recruit Ferret as well. While Ferret expresses his appreciation for the Joker saving him, he turns down the offer to join the Joker's new gang—the others try convincing him to join, but Ferret doesn't budge. Joker sprays him with laughing gas so that he would not feel uncomfortable, by his own definition.

The gang's first act is breaking into the Fire Station and stealing fire trucks, leaving the police, Virgil and Richie baffled about their motivations. Soon it is revealed that Joker's Gang, dressed up in fireman attire, is heading to Dakota First Bank. Static tries to stop them, to no avail. However, he hears Ferret's laughter coming from a nearby fire truck, and finds him still under the effect of Joker's gas, along with a tag reading "Missing You!". Static is even more puzzled and decides to check on Ferret later in the hospital, where he is soon joined by Batman and Robin, who tell him about Joker's escaping into Dakota. They then go out for leads, accompanied with Static, who takes them into the Industrial District, which could be where the Joker's hideout is. However, Static has to leave them since his father gets worried and calls him on his phone, asking him to come home. Batman gives him a communication device to be used in case he finds something.

In the meantime, Joker's infuriated that Batman is hot on his trail, even though Shiv (who's the biggest fan of the Joker out of the others) tries assuring him about how the gang outnumbers the heroes. The Joker himself realizes that they do in fact have an advantage over Batman and his group: Batman did not know Joker knew Batman was in the city.

The next day, Virgil's commenting with Richie about what course of action he should take to assist Batman and Robin, when he spots Talon flying in circles and decides to follow. It just so happens to be a lure for the heroes, when she leads him to a tunnel in the Industrial District and he calls the Dynamic Duo with an impromptu Bat-signal (since the device given by Batman fell through a hole in Static's coat pocket and got lost). Minutes after they enter, they are knocked out by the metahuman criminals, letting Joker kidnap them and take them to their hideout. Static tries to give chase, but Kangor and Hotstreak throw him into the tunnel and make it collapse over him.

Eventually, Static makes it out of the rubble and, while patrolling after Batman and Robin, he finds the Batwing. With Richie's help, he finds that it's voice-activated and uses it to track the duo down to the hideout, where Joker has them chained so that they will be wiped out by Joker's latest weapon: a modified fire truck ladder which works as a catapult and fires heavy, spiked steel balls (all the while being filmed). Static, however, stops the weapon in the nick of time, freeing the Dynamic Duo and allowing them to fight Joker's gang. After they are all taken down, there is only Joker left; he tries to ram the truck into Batman, to no avail. With one last plan in mind, he asks for Batman to give him a helping hand—with a joy buzzer on his own. However, it is Static's hand that grabs his, as he turns the joke back onto the Joker with an even stronger buzz that knocks him out cold.

As the metahuman criminals and Joker are arrested, Static hopes one day he'll meet Batman and Robin again.

Static: Let's see: so far I have you down for robbery, vandalism and excessive cruelty to produce. Want to add anything else? Hotstreak: (burning a fire alarm) Loud noises get on my nerves!
Kangor: EVERYTING gets on your nerves, mon!
Hotstreak: Hey, I've got issues! 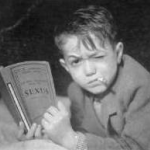 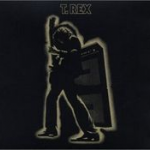