DC Animated Universe
Register
Don't have an account?
Sign In
Advertisement
in: A to Z, Production staff 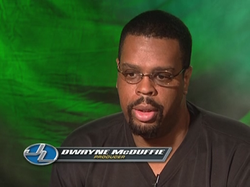